East Bound and Down – Where did all of the truckers go? 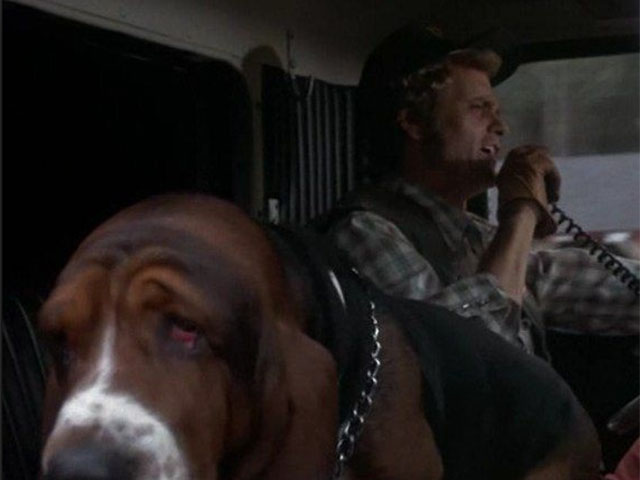 In annals of the American worker there is no more unique contributor than the Truck Driver (“Trucker”). This Cowboy subset dominated American popular culture with movies, music and fashion throughout the 1970’s. It’s highly probable you were listening to Eastbound and Down by Jerry Reed as you were driving to the movie Smokey & the Bandit wearing your trucker hat and sleeveless t-shirt reviewing your short list of CB “handles”.
As a child-prisoner of long car trip vacations there were only two things you had to break the monotonous boredom of looking out the window. First was climbing up onto the ledge formed between the back seat and rear window of the sedan (typically a brief encounter as your dad demanded the removal of your horizontal body with “I can’t see out the back window”).

Second was when an 18 wheeler would creep into your peripheral vision as it overcame the sluggish sedan in the lane next to you. The immediate question in your head was “will this guy play ball?” You stare at him and wave hoping to catch his attention then, at eye contact you give him the universal sign of pulling the cable to blow the massive horn (pumping your fist and arm at a 90 degree angle). It was rare but when the payoff came it was a reset – you forgot about the oppressive boredom as you and your siblings are energized again. Back to counting railcars, playing “I spy” and crossing the line in the back seat. With a National economy boasting “full employment” (meaning if you want a job you can get one) the labor shortage is clearly evident. In the case of the shipping industry, the lack of CDL drivers is yet another major component impacting pricing of goods and raw materials nationally. Shipping costs are at record highs and if every good shipped ends up on a truck in the end the price increase will be passed through to the consumer.

While the driver shortage has been evident for years, experts are worried this issue is not getting better. In 2016 the truck driver shortage was approx. 36,000, this year the number is 51,000 (a 30% increase). The trucking industry executives say it is a perfect storm. The economic upswing is creating heavy demand for trucks, but it with low unemployment it’s hard to find drivers. The federal government imposed a new rule last December that requires drivers to limit their drive time to 11 hours at a time, tracked electronically to eliminate cheating. Younger Americans are ignoring these job openings for fear the self-driving trucks will soon dominate the industry. As hard as it is for me to get my head around driverless trucks being a legitimate concern if you look around there is a lot of R&D going into this space. Alphabet, a driverless car company, is experimenting with a pilot program in Atlanta and Google has been at it in California for many years now. So the driverless vehicle is coming but that has no relevance on the shortages at hand. If you ask the Truck Drivers they say it is a matter of pay and that there is no shortage of drivers it’s just now they have the power to bring the market to bear as to what jobs they choose. This is somewhat validated as employers are making the concession of pay increases and less miles driven. In the end if the cost to ship a “dry good” not requiring special accommodations is up by 40% in 12 months. This effects all of us. It does not matter if you are Amazon, Tyson Foods, John Deere or Davis-Hawn Lumber Co. this will result in a pricing increase on the goods and services provided. Donald Broughton of Broughton Capital and author of the Cass Freight Index publication boils it down like this: “If there is a 10 percent increase in transportation costs, that gives you a 1 percent increase in inflation for the broader economy. That’s real.”

So hug your truck driver today and don’t let go! Shepard to lost sheep, shepherd to lost sheep. You got your ears on? We got a Smokey on our tail! Come back, over….”We gotta do what they say can’t be done…”