Remembering Those That Have Served Our Country 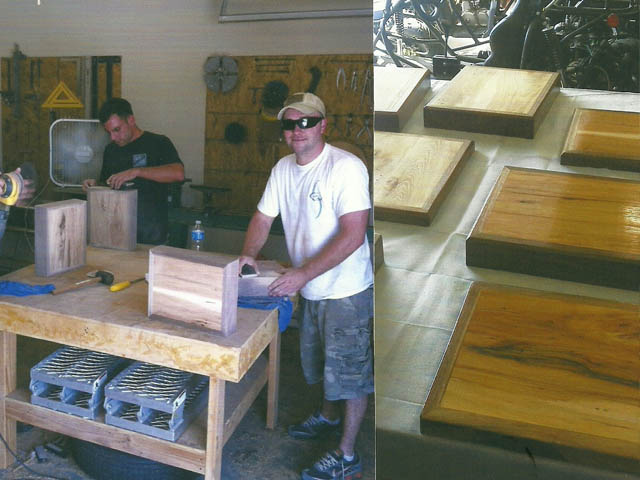 A few months ago, a young man named Jeffrey came by the yard looking for some hardwood lumber. Naturally he was directed to the mill. After a short conversation with him, he disclosed he was in the Navy and had just been promoted to Chief. The wood was to be used in a long standing tradition, established by his Master Chief, to build boxes which hold the papers given by the Navy showing this achievement ( I believe he called them “Charge” papers). Once he had decided on the species and amount of hardwood needed, we loaded him up. Davis Hawn Architectural Millworks loves our country and the men and women who have sacrificed of  themselves for our freedom, so there was “No Charge” for the wood.

To show their gratitude, below are pictures of these men building their boxes , and a placque that they presented to us!
Thank you! And Happy Memorial Day to all the men and women of our Armed Forces!!!