The Timeless Joy of Restoration 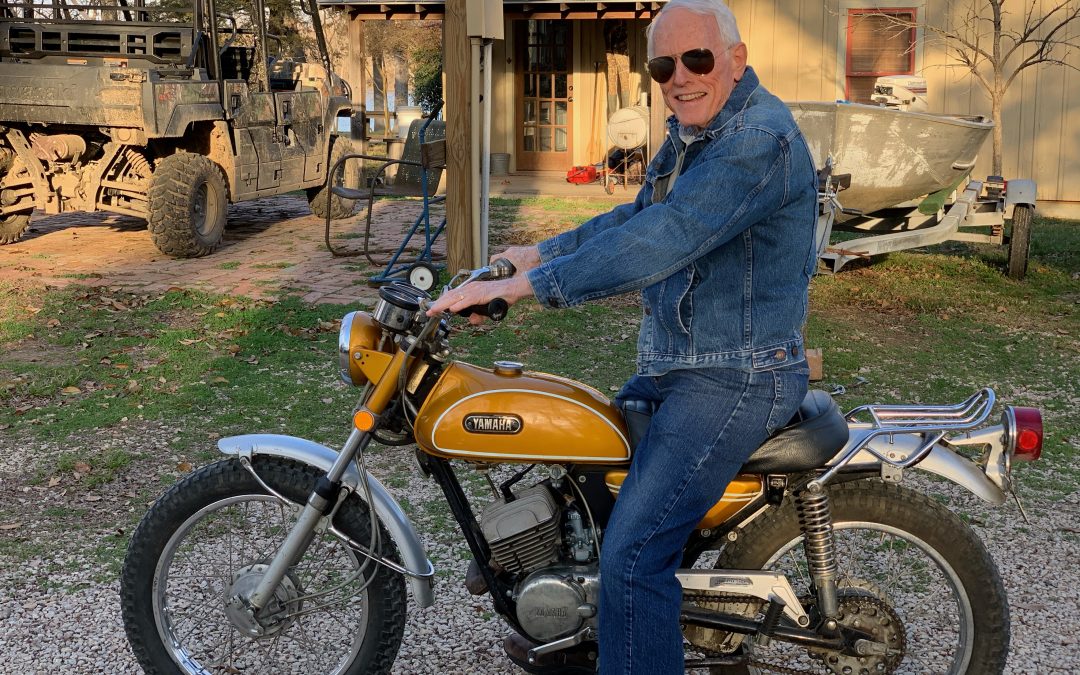 Harold kick-started that old Yamaha, and as it came to life with the turn of his throttle I was catapulted back to 1971 – the year my Dad bought it new.  Inspired by Steve McQueen in the  movie On Any Sunday, he and his buddies rode the trails at Lake Grapevine every other Saturday morning.  But for me the smell of that two-stroke exhaust and the roar of the 175 Enduro’s engine placed me on the back, arms clutched around Dad on the way to Indian Guides.  In our tribe, I was “Running Deer” and he was “Iron Horse”. 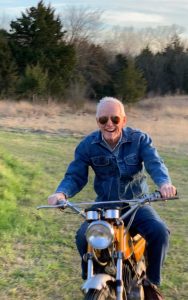 When we sold our family farm, Dad passed the bike to his mentor Harold who rode it for decades at Cedar Creek Lake until the day I asked him about it.  $100 was the price.  I got my money’s worth with that first crank, from the flood of memories ignited by the sight, sound and smell of that bike.  Though the motorcycle still looked good, it would sit in my shed for the next 15 years with a gummed up carburetor and worn out clutch, rarely touching the dirt.

A few years ago at the Park Cities Historical and Preservation Society’s Car Show, Clay Snelling showed off his restored ’74 Honda CB 500 motorcycle and I was inspired to get the ole 175 running again.  It was Clay who originally inspired me to get into architectural millwork back in the 90’s.  Knowing my limitations and his skills, I turned the bike over to him and he restored most everything except the very tricky clutch.  Back to my shed for a year or two, until Mike Todd roared into the lumberyard as our new millwork salesman.

An avid Harley Davidson enthusiast and gearhead, Mike took on the project and quickly realized the creativity and devotion required to restore a 50 year old cycle. Among other challenges, it required combining gears from 3 different clutch baskets in order for it to shift properly once again.

The day Mike showed up at the yard with the restored Yamaha in his truck, I quickly called Dad to meet me at Fin and Feather Club that afternoon. Of course, I had to test the bike first and nearly bit it on the loose gravel of our North yard! Harold Hartley had just passed away at age 97, and I had hoped to ride the bike to his funeral.  As a father figure and mentor, he had meant the world to my Dad.  I guess the phrase is accurate, for Dad it was just like riding a bike.  After a hesitant start and one good-natured spill, he was Steve McQueen trail riding once again, care-free and whisked back in time like when things were new.

Whether we are talking about old motorcycles or old homes (or old bodies or souls, for that matter), there is a yearning for restoration, for renewal, to be made young or like new again.  We celebrate that spirit at Davis-Hawn! Whether it is our client’s preservation of a 1915 home in East Dallas or their crafting of a new old house in Preston Hollow, our hope and desire is that these projects will be built to last and that the next generations will be find great joy in them.

“Everytime I start thinkin’ the world is all bad, then I start seeing some people out having a good time on motorcycles and it makes me take another look.” —Steve McQueen